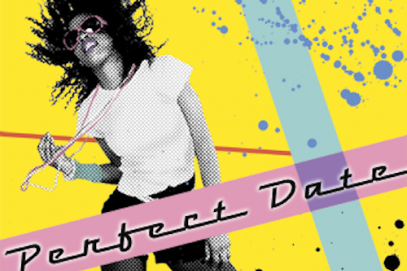 This afternoon workshop is inspired by the design work of George Corsillo – a Westville-based graphic designer whose retrospective of work, More is More, will be on view at KLG. Using a relief printing technique, and under the guidance of teaching artist Ana Henriques, and Corsillo himself, participants will create an album cover of the soundtrack to their life. Participants are asked to bring 4-5 photographs or images that are meaningful to their lives. Pre-registration is required as class size is limited. Free and open to ages 11-14 years old. All materials are included.

George Corsillo is the co-owner and art director of Design Monsters, a design studio in Westville Village, New Haven, CT. George studied Graphic Design at Pratt Institute in Brooklyn NY where he earned his BFA. His first job out of Pratt was at Warner Paperback Library. From there he moved to Paul Bacon Studio where he was exposed to all of the major New York publishing houses. He had been Paul’s assistant for three years when he moved to Los Angeles to work for Gribbitt! Design Studio. At Gribbitt! he worked with major record labels (RCA, Casablanca, Soul Train, Columbia, etc.) designing album packages such as Grease, The Original Movie Soundtrack. After moving back to the New York area, George started Design Monsters, designing book jackets and interiors –– Less Than Zero by Brett Easton Ellis; Famous for 15 Minutes, a biography of Andy Warhol by Ultra Violet, Lonesome Dove, the Pulitzer Prize-winning novel by Larry McMurtry (as well as the logo and title graphics for the TV mini-series.) Album package clients included: Jefferson Starship, Dolly Parton, Yoko Ono, Pat Benatar, and Bon Jovi. Luther Vandross and John Mellencamp were both musicians with whom he collaborated for many years, creating posters, tour merchandise, videos, etc. as well as designing over a dozen album covers for each of them. Since moving to New Haven, George has focused his career on posters, products, books and typography. Currently, he is the graphic designer for Garry Trudeau’s, Doonesbury – he colors the Sunday comic each week – designing his books and posters. He has also had the opportunity to design three exhibition books – War Games; History; and War, Myth, Desire – for internationally renowned photographer David Levinthal. www.designmonsters.com

Ana Henriques received a BFA in Visual Arts at York University, after a gap year teaching in Hong Kong. She then trained as an art teacher in Oxford, UK, and is an experienced and skilled fine arts instructor. Ana's personal work – mixed media artworks on handmade paper or wall hangings – explore the spaces women fill and create, asking how the metaphysical or spiritual is used to elevate/explore the female narrative. She also explores destruction and regeneration, and the socio-political history of women. Aiming to disrupt the prevailing view of fine art, she uses elements of South American quilts and weaving as a means to subtlety subvert the notion that craft is used functionally and traditionally by women. The breadth of experience and perspective gleaned from traveling and teaching in a myriad of countries continues to inform her art and practice.

THANK YOU TO OUR SPONSORS! This workshop is presented by ArtEcon Initiative (www.ArtEconInitiative.org) and made possible with support from the Department of Economic and Community Development, CT Office of the Arts, which also receives support from the National Endowment for the Arts, a federal agency, the Pincus Family Foundation, and Kehler Liddell Gallery.