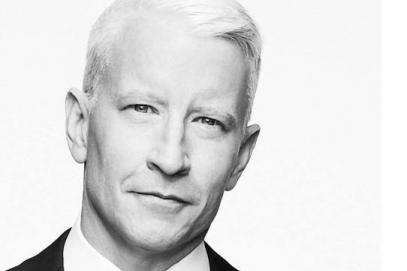 In remarks, and then a moderated conversation with SCSU Political Science Professor Jonathan Wharton, leading journalist Anderson Cooper will speak about his life and career, as well as the national and global issues making headlines today. Cooper is the 2020 Mary and Louis Fusco Distinguished Lecturer at Southern Connecticut State University.

Cooper is the anchor of CNN’s Anderson Cooper 360°, and since the start of his career in 1992, has covered major news events around the world. He has won a number of major journalism awards, 17 Emmy Awards, and an Edward R. Murrow Award. His books – The Rainbow Comes and Goes: A Mother and Son on Life, Love, and Loss – and Dispatches from the Edge: A Memoir of Wars, Disaster, and Survival – both topped the New York Times Best Seller List.