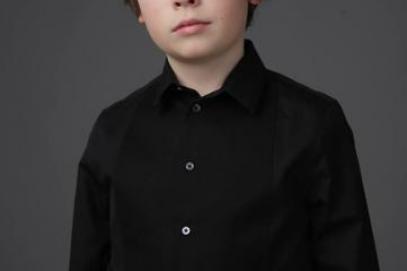 TICKETS ARE NOW ON SALE! VSEVOLOD ZAVIDOV is the 2018 GRAND PRIZE LAUREATE OF THE DROZDOFF AUDITION- Vsevolod Zavidov was born in Moscow in 2005. In 2012 Vsevolod was admitted to the 1st grade of the Central Music School at Tchaikovsky Moscow State Conservatory and now he is the 6th grade student. Vsevolod studies at the class of professor Tamara Koloss. Vsevolod had his debut at the Grand Hall of the Tchaikovsky Moscow State Conservatory at the age of 8. He also performed in the concerts in all major venues of Moscow and other cities around Russia. Vsevolod has his performances in the Great, Small, and Rachmaninov Halls of Moscow Conservatory; in the Moscow International Performing Arts Center. As a soloist, he performed the concertos of Bach, Haydn, Mozart, Shostakovich. In 2015 Vsevolod won First Prize at the Debut International Piano Competition, New York. This allowed him to have a solo recital at Carnegie Hall (June 2016). Vsevolod also performed in concerts in Vienna as a part of Golden Key Music Festival (2016). In Spring 2017 Vsevolod had two performances with Moscow Virtuosi Chamber Orchestra conducted by Maestro Vladimir Spivakov. The program comprised the Piano Concerto №1 by Dmitry Shostakovich. In March 2018 Vsevolod was invited by Chetham’s School of Music (Manchester, UK) to perform a solo recital. Vsevolod possesses the honorable scholarships from the Central Music School at Tchaikovsky Moscow State Conservatory and Vladimir Spivakov Foundation.