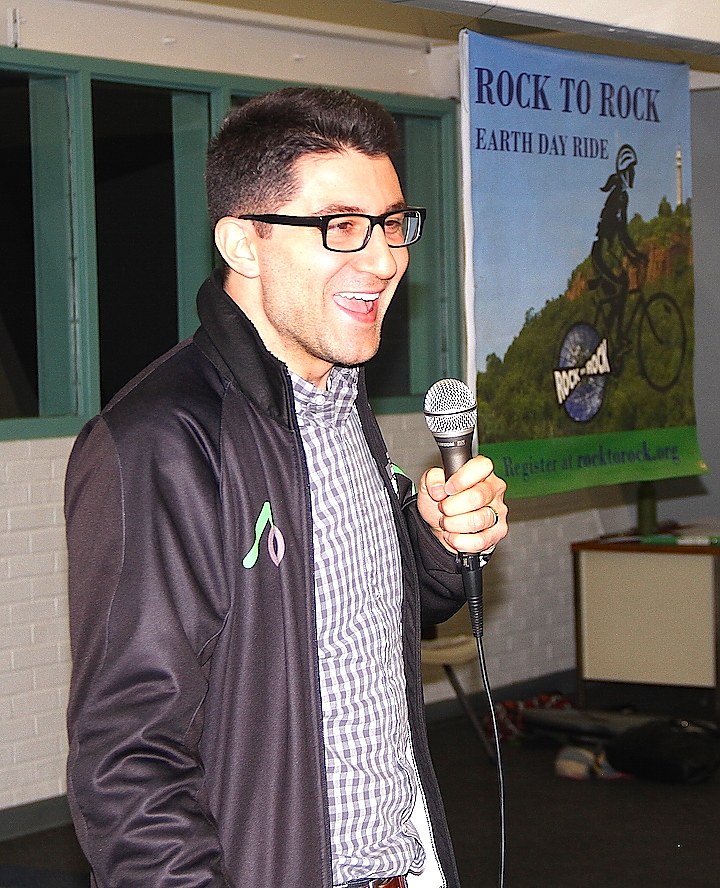 February 8, 2016, by David Sepulveda -"Pierre Lallement, who invented the precursor to today’s modern bicycle, would most likely be thrilled with how New Haven’s cycling culture has evolved since April 4,1866, when he pedaled his invention from Ansonia to the New Haven Green and into the the annals of cycling history. A reporter writing for the New Haven Daily Palladium, a newspaper of the day, described the scene this way: ”An enterprising individual propelled himself about the Green last evening on a curious frame sustained by two wheels, one before the other, and driven by foot cranks,” according to bicycle historian David V. Herlihy. Rock to Rock, one of the region’s largest annual environmental fundraising events, is part of today’s burgeoning bicycle culture in New Haven. Last Thursday, representatives from some of the over 25 organizations that participate and benefit from the event attended a launch party for Rock to Rock’s Earth Day ride. The party was held at Coogan Pavilion in Edgewood Park, in preparation for the event on April 30. The goals of Rock to Rock are those of “creating a city full of healthy food, street trees, community gardens, green jobs, outdoor adventures, clean and accessible parks, bike trails, educational opportunities and much more.” To that end, organizers have raised the bar above previous events, seeking to increase ridership to 1,500 registered riders and a fundraising goal of $200,000..."